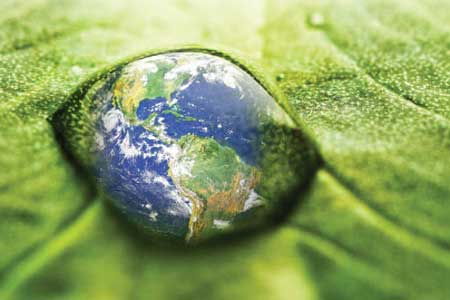 Leading up to this momentous year of 2012, we have read, heard and seen many interpretations of the Mayan calendar and what Dec. 21, 2012 means for humanity.  This might seem terribly arbitrary to many, but all apocalyptic talk aside, I think this year represents an end of one era and the beginning of a new shift in consciousness in one of the most important moments in all of human history.

In previous talks, I have outlined my wave model theory for the evolution of consciousness. In this wave, we have a descended into the growth of materialism, and at this moment in time, Homo sapiens find themselves at the trough of our evolutionary wave. This is a precarious place to inhabit. We are at the brink of a shift that will move us in an entirely new direction and will lead us to a spiritual ascent to what I describe as the second coming of consciousness.

To put this into perspective, 14 billion years ago, our universe came into being with the Big Bang. In the evolution of the physical universe following this incredible event, the phases of evolution descended toward materialism in the appearance of light, particles, atoms and molecules. In this first wave trough  molecules shifted from growth in a more complex molecular structure to the miraculous appearance of life, crossing the wave trough and ascending the evolutionary wave in the appearance of plants and animals. It is then at the peak of this wave that we have the first coming of consciousness and the appearance of Homo sapiens and the birth of self-reflection.

But why now, why 2012 for this great moment in our transformation? Looking at the time frame of our own evolution, we can analyze the momentum that has led us to this next miraculous shift in the evolution of consciousness.

In that first octave we already have the three most miraculous moments in our history: the Big Bang, the appearance of life as single celled organisms from molecules, and the spark of human consciousness at the peak of the wave. Since this dawn of self-reflective consciousness, we have entered a new wave, descending once again through these four stages toward the wave trough. In the beginning, Homo sapiens were hunter and gathering nomads, and the first great shift happened at the onset of tribal formation.

Once Homo sapiens began forming communities, the second stage of development occurred in the philosophical sense, when we began to question the meaning of individual existence as well as the definition of the universe. The real height of this age was in about 6th century B.C.E. when there was a simultaneous blossoming of thought and ideas in many parts of the world. This was a time when the original concepts and precursors to religious thought were being formulated into spiritual philosophy around the world.

The third transition in our material descent on our evolutionary wave arrived during the Renaissance, the Age of Reason or the Industrial Revolution.  This phase in humanity was a hugely practical one. Not only were we able to express and articulate the day to day existence, but we also began to observe how the individual fits into the universe, and of course the development of Newtonian physics and mathematics all led to establish the industrial revolution of the world.

We can see these were three major, transformative shifts in the way we thought about the world and the way it was organized. We can also see in a time perspective, that the time between these changes is getting shorter and shorter, almost proportionately.  Each successive shift happens sooner and the next transformation in our evolution of consciousness puts us right here and now.

Our material growth model is coming to an end, and in this year of 2012 we can begin to see our shift from a materialistic drive to one motivated by spirit and higher consciousness. In my opinion, we are at the fourth phase, the turning point in this grand, evolutionary wave. What we are experiencing as humankind is the equivalent of the Big Bang, the appearance of life and the dawn of human consciousness. This potential for transformation is the biggest deal of all time in human history.

The time has to be now, because if not now, when? Do we have time to continue on this materialistic growth model? No, I don’t believe we do. We are confronted with a rapidly increasing population while facing an exponential decline in resources.  We must create our own transformation, or own miraculous moment in history. The challenges are so huge, that we have to come to grips with the needs of worldwide social organization to address the problems we face, and nourish them toward a positive, sustainable outcome.

Like a sports team rallying late in the game, we see the clock ticking down, we sense the vitality in the collective effort of a team trying to come from behind to win the game. For those reasons, I feel it is really helpful to say 2012 is the end point, and the beginning point. By the mere statement and identification of that time, we give ourselves the sense of urgency to call upon ourselves and find solutions to our dire situation.

This leads us to the next question. If not now when, and If not me, than who is going to lead us in this transformation? Suddenly the answers become clear that each individual in this massively critical singular moment in history is necessary. Each of us has a moral obligation to express a rebirth of love, to reach out to all of humanity with our hearts in compassion to promote peace amongst holistic humans in this moment of transformation.

To accomplish this, each of us must create and develop a spiritual practice. The post-shift, world society will be the flipside of what we’ve lived through throughout human history, and most importantly, that means going from a material descent to a spiritual ascent. We must learn to connect to the spirit through a personal practice.

This practice can be tailored to each individual’s needs. In doing so, try and make it as integral as possible:  attending to body, mind, heart and soul and incorporating practices to improve all these aspects to our being.  We must get in shape physically, mentally, emotionally and spiritually.

Find what suits your best on all four of those components of the shift. Try things out, join clubs, become a member of cultural, social groups, set yourself on a personal path of discovery on what resonates and has meaning for you in these four areas.

We can start on this practice as of yesterday, but today will do. Once we have begun to piece together our spiritual practice, then we need to find our mechanism to create a ripple effect to reach out to others. This is what I would call an SOS to Humanity.  Search Outside the Self; we now have the Self in better shape, and as soon as we feel strong and vital enough to act, then we should shift the focus from that inward concentration on the individual self and move it outward on a social scale to reach others, doing our best to influence, motivate and catalyze other people with the ascending wave of positive spirit and energy to make the shift.

Once you feel healthy and stable and spiritually sound, activate, find your cause and take action. This moment is so important because it is happening right here and now and we are in the middle of the shift. Even a few decades into the future, we will already look back on this moment and realize it was the most incredible time in history. Will you be able to say that you were you on the cutting edge of the wave creating the shift, or will you be lounging on the beach not even aware of the most momentous transformation of all times taking place?

You can join in on this movement June 6, when a rare eclipse of Venus transits between the earth and the sun heralding the rebirth of love. Celebrate this cosmic event, and the compassion we hold for humanity in our Global Oneness Meditation. Starting at 1 p.m. CDT on June 6, wherever you may find yourself, gather friends, family and co-workers to share in a moment of compassion and world peace.

These are the moments we can share in our creating a world transformed. If not now, when? If not me, then who? We are in the midst of our singular moment and we have the ability and opportunity to ascend our evolutionary wave and successfully arrive at the second coming of consciousness.