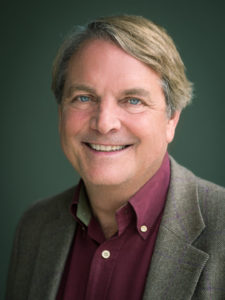 Emanuel Kuntzelman is a social entrepreneur, writer, motivational speaker and an activist for purpose. Among his business endeavors, he founded the Chicago-based non-profit Greenheart International in 1985 and continues as Chief Advisor to the organization. He is also the co-founder of Fundación por el Futuro in Madrid, Spain, serving as its president since its inception in 1995.

Emanuel is the founding co-creator of the Global Purpose Movement. In 2020, GPM merged with Unity Earth, and through this partnership launched Purpose Earth, of which he is the volunteer Director. Purpose Earth is a global grant and mentorship program helping to launch purpose-driven projects into motion. His most current project is developing the theory of the Holomovement as a chaotic attractor for a shift in consciousness.

Emanuel is a board member and/or advisor to the following organizations: Greenheart International, Humanity’s Team, Integral Transformative Practice International, the Laszlo Institute for New Paradigm Research and Unity Earth. Emanuel is also a member of the Evolutionary Leaders Circle. He is a contributor to the book “Intelligence of the Cosmos” as well as Ervin Laszlo’s latest book, “My Journey:  A Life in Quest of the Purpose of Life.”  Emanuel is co-editor of the publications “Purpose Rising” and “Purpose to the People: a Guide to Radical Transformation.”

Challenging the Status Quo Since Childhood

From an early age, Emanuel was awakened to the sense of responsibility to create positive change and help society evolve into a more cooperative and compassionate culture. Throughout high school, he stood up against the Vietnam war and in support of civil rights, creating publications and discussion groups that fostered alternatives to the assumptions of mainstream thinking. Unpopular as his activism was in the conventional Illinois communities where he grew up, he was somewhat tolerated by his peers—not least for quarterbacking his high school football team to a conference championship.

In the early 1970s, Emanuel attended Tulane University in New Orleans on a scholarship program that allowed him to design his own curriculum in sociology. As a student of Dr. Jeffrey K. Hadden, Emanuel found clarity in his own life’s work. Dr. Hadden pointed out that exponential changes in population growth, environmental deterioration, increasing armaments and technology were propelling society toward an unprecedented world crisis. It was this lecture that launched into motion Emanuel’s quest to facilitate the cooperation of progressive organizations into a worldwide movement.

In 1973, after transferring to the Sorbonne in Paris, Emanuel made the decision to leave formal academia to begin a new chapter in his ongoing search for higher understanding. For the next seven years, he traveled extensively throughout Europe and the United States seeking spiritual mentors. This journey took him to the Mediterranean island of Formentera, where he became a friend, worker and student of the philosopher and entrepreneur Ronimund von Bissing. In turn, von Bissing introduced Emanuel to the works of George Gurdjieff, Peter Ouspenski, John Bennet and others.

In 1977, von Bissing and Emanuel visited the Monastery of Montserrat where they met Indonesian spiritual teacher Pak Subuh. It was at this meeting that Pak Subuh advised the young seeker to embrace his true self by changing his birth name and finding self-realization in the name “Emanuel.”

It was also at this time von Bissing counseled Emanuel to give up the intention to travel east. Instead, he advised him to settle in a European capital to enact positive change within the day-to-day of the working world. Emanuel chose Madrid—and this has remained his primary residence for most of the last 40 years.

By 1984, Emanuel was ready for a change. He petitioned the universe to send him guidance as to which path to take next. The person to appear was David Tiedeman, former mathematics professor at Harvard, vocational specialist, and founder of the LifeCareer Foundation. Tiedeman’s cutting edge theory was the inspirational message Emanuel needed, giving him the courage to work out the mechanics of his Evolutionary Wave Theory, move on to entrepreneurship and begin leading workshops to present his theory of transformation.

In 1985, Center for Humanistic Interchange was founded by Emanuel in Spain and the United States. As an organization, CHI (an intentional acronym chosen to represent the divine energy behind all existence) flourished, and in 1992 CHI was renamed as the Center for Cultural Interchange (later to become Greenheart International) to recognize the growing emphasis on cultural exchange programs in its operations.

Expanding his transformative work beyond cultural exchange experiences, Emanuel and his life partner Laura Rose created the Fundación por el Futuro (Foundation for the Future) in 1995, based in Madrid, which has supported various projects over the years on the island of Ibiza, Spain and sponsoring the Casita Verde environmental center since 2000. It was out of this work with Casita Verde that the concept of Greenheart emerged in 2003, and would eventually lead to CCI’s name change to Greenheart International ten years later.

In 2013, Emanuel brought together a collective of organizations to synchronize efforts, accelerate the evolutionary process and increase environmental awareness. Gatherings were held in Arizona, California, Illinois, and Colorado, with an increasing number of participants and a growing number of projects for social action. This informal, decentralized collective adopted the name Global Purpose Movement.  Acting as founding co-creator, Emanuel envisioned GPM as a way to empower both individuals and communities to pursue transformative social action, personal development and conscious evolution.

In 2020, Global Purpose Movement merged with Unity Earth, a global network on a mission to accelerate the realization of unity and peace on Earth. In this collaboration, the two organizations have been able to channel their energy to launch Purpose Earth, a global grant and mentorship program launching purpose-driven projects into motion. Emanuel currently acts as volunteer Director of this global initiative, and in 2021 he and his wife Laura were awarded Unity Earth Champions’ “Keeper of the Flame” Award for “their outstanding service in the field of transformational generosity, support of change makers globally through Purpose Earth and raising consciousness at a planetary level.”

Recognizing the singularity of our particular moment and the imperative for meaningful change, Emanuel continues to advocate for conscious evolution through his multifaceted work. His most current project is developing the theory of the Holomovement as a chaotic attractor for a shift in consciousness. Influenced by American physicist David Bohm, Emanuel believes the Holomovement represents radical collaboration in action, founded in love, with a collective mission to support a global shift in consciousness while honoring the autonomy of each of our purpose-driven callings.

Emanuel’s tireless work in implementing the original concepts of social transformation that Professor Hadden unveiled nearly a half century ago continue in his involvement with a number of diverse organizations. He is a board member and/or advisor to: Greenheart International, Humanity’s Team, Integral Transformative Practice International, the Laszlo Institute for New Paradigm Research and Unity Earth. He is also a member of the Evolutionary Leaders Circle.

Emanuel is a contributor to the book “Intelligence of the Cosmos,” as well as Ervin Laszlo’s latest book “My Journey: A Life in Quest of the Purpose of Life.”  Emanuel is co-editor of the publications “Purpose Rising” and “Purpose to the People: A Guide to Radical Transformation.”

Join Me In Creating a Culture With Purpose