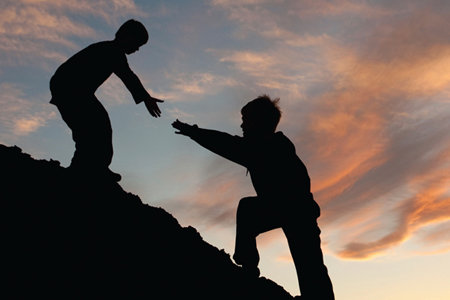 In my previous blog post, I discussed our great transformation. In this post I would like to expand a bit more on why the narrative we tell ourselves is so important in fostering positive change. The old story we have been told is of separation, whereas the new story we are currently realizing is of unification.

One of the keys to transformation is to discover the mindset of creating a unifying story to overcome the challenges of the current crisis. When we look at the sociology behind previous movements there tends to be a limited analytical approach to summarizing the differences between collective behavior and social movement. I have taken just such an analysis by Peter Dreier, the Dr. E.P. Clapp Distinguished Professor of Politics at Occidental College, and added a new column that compares social transformation to movements and collective behavior, and this chart describes the differences as follows:

While I don’t want to pick apart mainstream sociology and its definition of random, spontaneous crowd behavior and social movements, I do want to emphasize that our current transformation is much different from social movements of the past, and that this shift in consciousness is not occurring because of collective behavior. What’s happening is a merging consensus about what it means to be a human.

A Story of Unification

We are currently writing a new story of unification that is superseding the story of separation. This growing, although often inexplicable, knowledge that we are interconnected and interdependent is shaping how we act toward one another. As this consciousness takes over, our base value system shifts toward a deep respect for all fellow humans and their basic needs.

In a breakout session on social transformation that I presented at the recent IONS conference, we explained that a redefining of our movement is in order. We are currently living through the greatest transformation in history, the equivalent of the initial arising of human consciousness on the evolutionary scale. While conversation and communication is critical for this social transformation to occur, we must be respectful.

Just in the past few weeks, headlines related to the Confederate flag, police brutality and gay marriage have triggered intense opinions and extreme behavior. These violent or inappropriate acts toward individuals are setting an example of how we don’t want our culture to act toward one another and feeding the fire for positive transformation. Unfortunately, it often takes major turmoil to create change.

With our fresh water supplies drying up, deep spiritual conflicts being broadcasted in the media, general unrest and violence occurring daily, we can see before our very eyes that we are on the verge of a transformation. Despite what feels like a movement that is deeply divided, this is the very time we must actively engage in radical inclusion.

This doesn’t mean that we all have to agree on extremist actions and opinions, or condone them, but what it does mean is that we need to understand these conflicting ideas in a larger transformative context, and see them as part of this evolutionary process. This will come with our growth in emotional intelligence. When we are radically inclusive, we are accepting and tolerant, but firm in our beliefs. It is time to set an example of positive transformation rather than pointing fingers and exclaiming how the opposing side is “wrong.”

This is Not a Revolution; it’s a Transformation

What we can agree on is that all of us are human. The time has come to move beyond cynicism and despair for the state of the world and embrace hope and social action in a critical mass of positive change. This is not a revolution; this is a transformation. The old, common values that all lives matter and all humans deserve access to basic resources are re-emerging on a grand scale. Respect for our fellow humans is rising on a tide of higher consciousness, of love.

To successfully ascend our evolutionary wave, we can’t set out to crush and destroy the current system, because we’re all interdependent. Instead, we must transform the system from the inside out. It will be because of a new shift in thinking toward cooperation rather than separation that society will evolve. In our efforts to include and transcend, we can courageously transform from our caterpillar state of consciousness into a beautiful butterfly of unlimited potential.