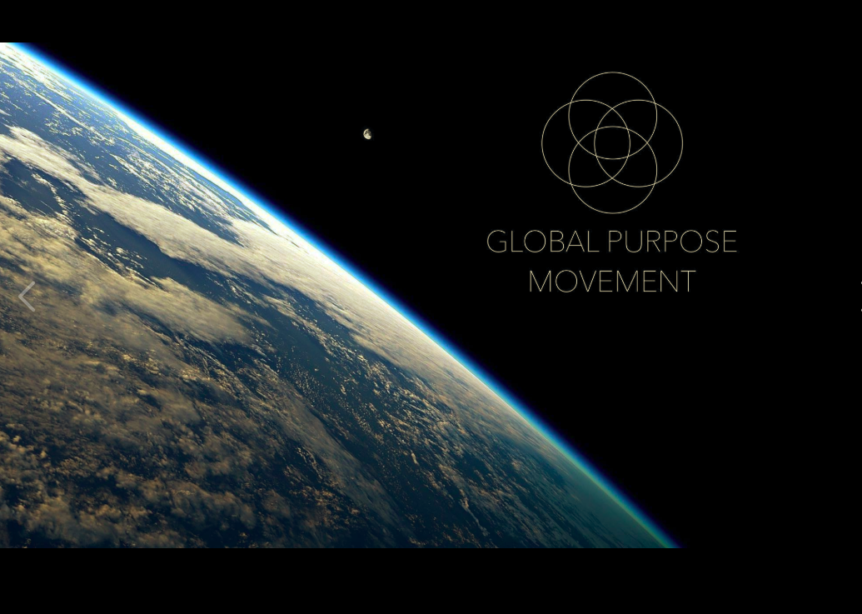 As many readers may be aware, I have been working on developing a coalition of organizations over recent years that is now known as the Global Purpose Movement.  My vision for this movement began when I was a student of sociology in the 1970s.  One of my professors in college was the first to explain the pending global crisis we face as a result of the exponential growth in population, consumption, environmental degradation, technology and the production of armaments, among others things.  The professor challenged his students to find a solution to the crisis and preserve our planet and the well-being of humanity for future generations.  I have been working on that homework assignment for nearly a half century, and now it is time to take it into a new phase.

From a sociological perspective, I realized that the best way to confront this challenge was to become a catalyst for social change, creating organizations that could facilitate interactive programs that allowed people to broaden their perspectives and increase their cultural understanding and, as a result, their state of consciousness.  In 1985 I founded two organizations, one in Spain and one in the U.S., which are today known as Greenheart International, and are based primarily on promoting cultural exchange and fair trade.  I later added a transformative component known as Greenheart Transforms and we began organizing events, workshops and retreats to facilitate personal development.

Creating a Hub for a Global Purpose Movement

In 2013, I took this to the next level by envisioning an organization of organizations, a movement of movements, which could serve as the hub of a wheel of activity, facilitating the collaborative support, sponsorship and sharing of resources that would be necessary to kick-start the change we want to see.  I approached various organizations to see if they were interested in such a collaboration and the respective presidents of Integral Transformative Practice International (ITPI), the Institute of Noetic Sciences (IONS) and the Theosophical Society of America agreed to join Greenheart and a few others at an initial gathering in Sedona, AZ in 2013 to explore the notion of working together, while maintaining the autonomy of each organization. 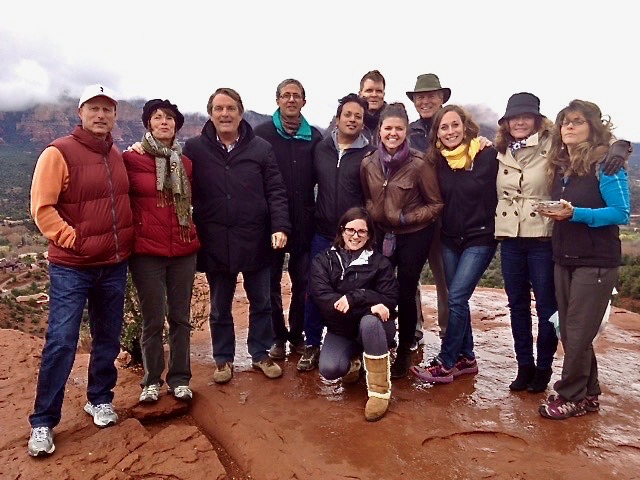 Thought leaders for GPM hiking and brainstorming in Sedona, AZ.

In the years since then, the group has flourished and now includes over 60 organizations that have collaborated in some way over the last six years.  Numerous thought leaders of the human potential movements have been very helpful in lending support, advice and vision.

The logo for Global Purpose Movement (GPM) shows how these relationships can interweave and collaborate–finding common purpose in the center while still maintaining independent missions.

Taking the Next Step in Global Change

Today, GPM has gained a worldwide reputation as a focal point for purpose work, and sends a newsletter out to over 12,000 collaborators, and continues to grow.  The time has come, however, to find its next phase in development.  While GPM has not been incorporated as an official entity—in order to remain independent–, it has grown with the administrative support of Greenheart over the last six years.  Now, I feel it is time for GPM to find a new home that will allow it to continue its evolution and facilitate a shift in consciousness that will lay the foundation for the solutions to our current world crisis.

On July 22nd I have organized a “Think Tank” to be held in San Rafael, CA to explore the future work of the Global Purpose Movement.  Leaders of the mindfulness community and purpose will come together to find fun and fusion for the next phase and how it can best implement its work in the world.  In my next blog I’ll let you know the progress we make and a what lies ahead.  In the meantime, it is with deep gratitude to all of you doing your part, keeping the faith, and finding your purpose.  Together we can create a global movement that will transform the world.