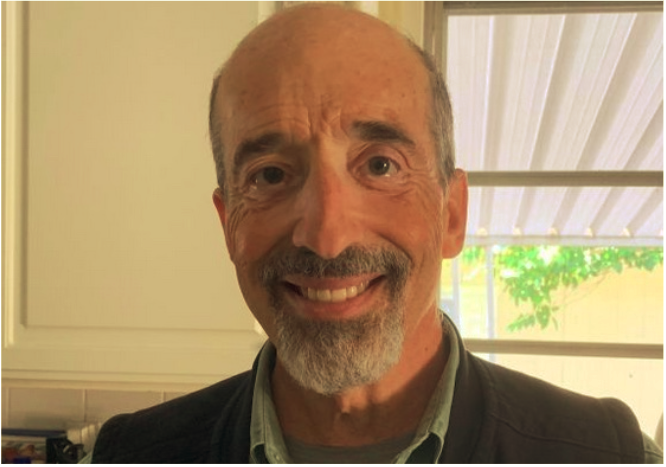 It is that time of year when my favorite holiday is here. Thanksgiving has always been recognized by my family as the most important moment of the year. Beyond religion, politics and all other ideological concerns, Thanksgiving boils down to the essence of life: a time to give thanks for simply being able to survive another year from the bounty of a harvest and our good health. It is a time to be thankful for all the good things that have happened and for the inspiring people we have known. And, this year for me and everyone who followed his work, it is a time to extend our heartfelt gratitude to author, evolutionary leader and dear friend, Terry Patten, for the life he lived and the impeccable example he set.

Terry Patten (April 1, 1951-Oct. 30, 2021) woke up on his 70th birthday and realized that the shortness of breath he had been recently experiencing was getting worse. He was able to undergo extensive tests that same day that would deliver the diagnosis that he was suffering from a rare, deadly form of cancer that would all too soon bring his life to an end.

When I spoke to him shortly after the initial diagnosis, I was amazed at how he was handling the news. I had always been impressed with how Terry showed steadfast sincerity in walking the talk, but his ability to do so in the face of death proved to me that a half century of spiritual practice had prepared him for the great transition. He was facing it with a vision and understanding that was beyond what mere words can describe. The title of Terry’s keynote address at the 2018 Purpose Summit was “Life is Far Too Serious to Lose Our Sense of Humor,” and he definitely honored that thought in the years following. For anyone who hasn’t come to terms with their own death and wants to see one of the most inspiring examples of confronting the realities of our mortal souls, I suggest watching this video interview with Terry shortly before he died.

He lived a life as an integral man filled with an extra ordinary amount of compassion and love. A leader ahead of his time, he dedicated his life to discovering a refurbished spiritual identity for humankind.

Terry was raised in an intentional community which invited people “of all races, and religions to live together as a witness for peace and brotherhood.” As such, he got a jumpstart on identifying and personifying the values of higher consciousness and served as the foundation for his life’s work. Beginning in 1973, Terry became a devotee of the spiritual teacher Adi Da Samraj and that work occupied the evolution of his spiritual consciousness for the next fifteen years and influenced his considerable accomplishments as a renaissance person: writer, teacher, entrepreneur, philosopher, activist, podcaster and visionary leader.  He co-authored the book “Integral Life Practice” with Ken Wilber and others, published in 2008, and was one of the leading proponents of integral theory. Terry had a natural understanding of his own evolutionary flow and knew when it was time to include and transcend.

He embodied the philosophies of Adi Da and Ken Wilber in a way that was truly unique. He didn’t negotiate his principles, he lived them and was at one with them. Terry didn’t sometimes show up or periodically do his practice, he was always there, bringing the essence of his mission to the depths of his soul. He lived with his conscious eyes always calmly, yet firmly, set on a new horizon—a new republic of the heart in the making. As we work to create positive change, it’s critical we have guides to offer insight and inspiration, and Terry’s wisdom he shared in his books like “A New Republic of the Heart” continue to offer a source of inspiration.

Over the last couple of years, Terry worked closely with me and a circle of co-creators on refining the concepts of the Holomovement, initially envisioned by physicist David Bohm. We spent many hours of time together, in person before the pandemic and in almost weekly video conferences throughout these past years. We sat around the campfire singing songs of the sixties and we engaged in some of the deepest philosophical discussions I have ever known.

Most recently, he was part of a panel discussion we recorded for Humanity Rising in June and in another panel for the Global Oneness Summit in October. In our final conversation on the Holomovement this past summer, Terry contributed these insights: “The Holomovement is living us all.  The more it needs us, the more it flows for us. We are the Holomovement. We are not an organization; we are an organism. Get out of the silo and into the flow. You can wake up and exit your anxiety and create an orientation of wholeness by trusting your higher self. The Holomovement is endemic to human life.”

It’s easy to talk about integral life and death, it is quite another to live and die in the extraordinary example of what that means as Terry Patten did. He passed on to the field dimension on October 30, 2021 with the same spirit that shined through him for his entire life. Before he left us, here are some examples of the wisdom he expressed while discussing his own impending death:

“Almost every single moment of our life represents that fork in the road where we can create misery or something genuinely beautiful, or true or good, and we live out what we choose.”

“I’m just appreciating how valuable it is to be a sanctuary for each others’ hearts.”

The last time we spoke on the phone, Terry was taking one of his favorite walks around a lake in Marin County. His breath was halting and I knew he was aching and hurting, but he didn’t complain or lament his fate. There was no fear, no resentment and no uncertainty in his voice. He was as strong, resilient, kind, loving and encouraging as he had ever been. Terry said things like he always did. “There’s no limit on the beauty and sacredness of this moment.” His was an understanding of life and death that seemed almost other-wordly, yet so much of him was such an integral blessing to the very real world of here and now.

This year, I give the greatest of thanks to have worked with Terry and to say he was one of the finest friends I will ever know. Terry was a New Republic of the Heart in human form, entering our own hearts in so many integral ways. This Thanksgiving, I extend my deepest gratitude to a man of such spiritual stature in his love for humanity. May his message live forever and instill our hearts with love to lay down our ideological arms and give thanks for so many wonderful things we do have in our lives.

The world desperately needs more people like Terry, but now we have to move forward without him. Let us heed his advice and ask ourselves, “Are we doing enough to make a difference in these momentous times?” One person who did far more than most of us could dream was Terry Patten. Yes, we’ll miss him dearly but some of Terry’s last words tell us that “Grief is a form of wisdom.”


You can donate to his work and legacy at http://www.newrepublicoftheheart.org.