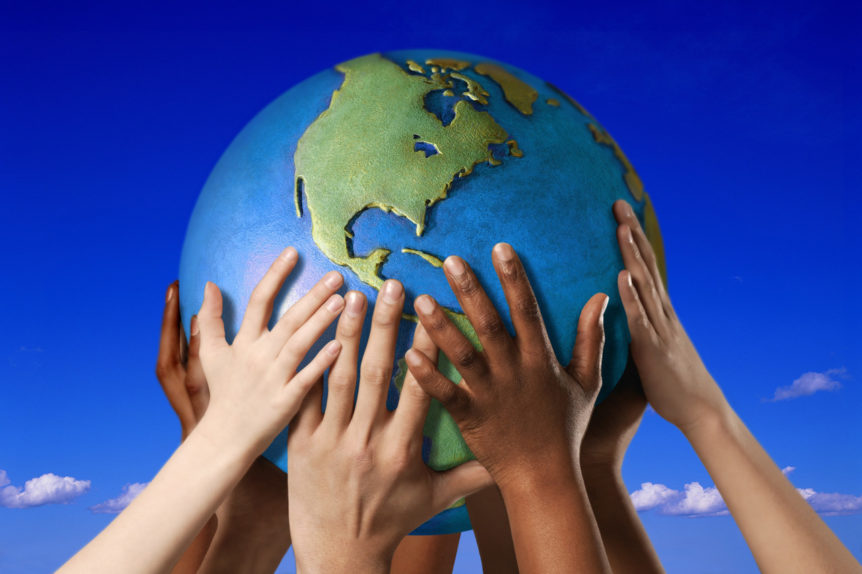 There is no shortage of material on how critical this moment in time is for the whole of humanity. Despite the red flags signaling we are at an important bifurcation point of breakthrough or breakdown, we still find it difficult to create lasting positive change. It seems that humanity is prone to falling into what has been called the “urban trance,” a state in which we convince ourselves that we are just too busy, or too preoccupied, or too angry, to worry about the plight of our fellow humans. It is imperative that we break out of our tendency to fall into this trance if we are to successfully cross our evolutionary wave trough.

To break these habits it is worth discussing why it is so difficult to make this shift. Human existence appears to be a process of self-hypnosis to protect ourselves from the existential weight of true free will. To manage the unending stimulation and the limitless choices in each moment, the mind naturally resorts to using the neural pathway of least resistance. Thus, a large part of this self-induced hypnosis is simply a way to cope. We usually react to old triggers in the same old way we always have, and sometimes we could all benefit by setting some intentions to change our lives for the better.

Breaking Free of the Urban Trance

There are small ways we can practice getting out of our habitual patterns. Changing our daily routines, like something as simple as brushing our teeth with the opposite hand, brings us into the present moment and allows us to fully be aware of our actions. These kinds of deliberately imposed personal practices help individuals to accelerate their own development. If we aren’t able to be aware and intentional in our behavior at a personal level, it is nearly impossible for ethical behavior to evolve and contribute to cultural evolution.

One of the challenges of this larger scaled evolution is the emphasis placed on the status quo respect for a culture. The default for our general behavior, even our goals and aspirations, have been primarily shaped by the culture in which we have been raised. While most of our culture is a positive influence, sometimes the group mentality lends legitimacy to less desirable behavior. Currently there seems to be a degree of cultural background support for an angry mentality, and some people have used this to do or say things that are outside of our higher moral standards. Suppressed anger is one of the easiest, and most dangerous, habitual triggers to pull, and it is important to take a close looks at our contemporary culture and decide that some anger management is in order.

In these challenging times, a lot of people do have cause to feel angry. There is no question that our world culture is lacking in social justice, political freedom and economic fairness. Reacting with anger, however, is not going to solve the problem. Allowing ourselves to resort to old paradigm cultural practices that arise from ethnocentric protectionist views is not going to help us deal with the challenges of a globalized society. So, we absolutely cannot allow ourselves to fall back on the neural pathways of individual behavior that reflect outmoded cultural norms that we hopefully got over in the last century or two. Additionally, we need to actively promote cultural evolution towards a higher state of consciousness that advocates for peaceful behavior, both individually and collectively.

Part of the anger in the air certainly comes from the fact that many people see globalization as a threat to their cultural heritage. It’s important to distinguish that I don’t equate globalization with monopolies or more power to the elite. Cultural evolution on a planetary scale does not mean that everyone should dress and eat the same. It means open borders, international law that can be enforced and more standardized cultural norms that respect humanity.  This in no way implies that our best cultural attributes need to disappear. In fact, those attributes need to be amplified to create a Culture of Peace. Far from allowing ourselves to fall into the failed patterns of the past, we need to forge new neural pathways based on peaceful communication and a sense of inclusion.

This is the New Paradigm Populism that resonates within us, as individuals and as a species: standing up for our rights to embrace the evolutionary drive to improve, to move towards an ever higher order. The lasting positive changes we are seeking in this singular moment must come from a deep commitment to snap our fingers and break out of our trance, and stay awake and aware of the new paradigm patterns pushing us to an evolved level of being. That’s the kind of populism we can be proud of, and it’s happening all around us, even if we don’t see it on the news.

How You Can Take Action:

So, here’s some good news for you. On this Thursday, Sept. 1, the United Nations is holding a special session on creating a Culture of Peace. Our dear friend Barbara Marx Hubbard will be speaking at 2 pm Central Time and you can livestream her session by clicking on this link: details for Barbara’s speech