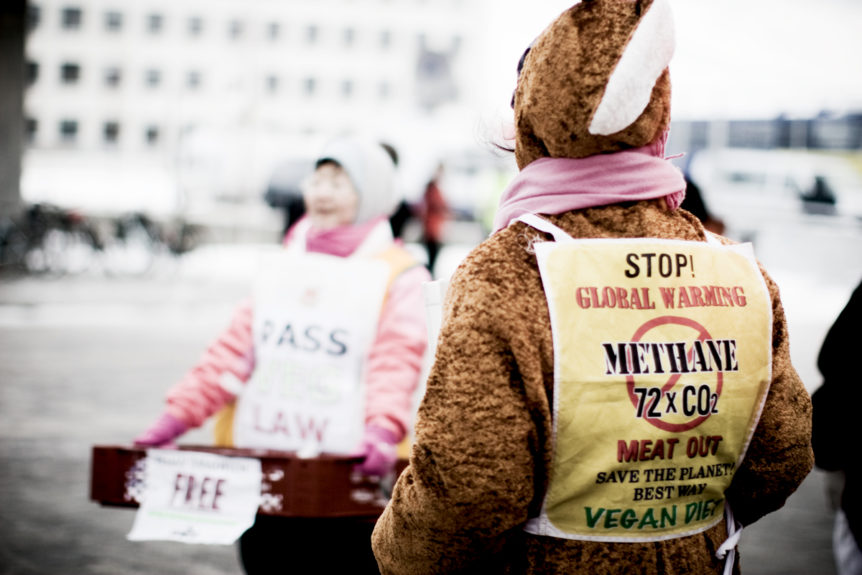 It’s the new year and many of us are hitting the gym, obsessively counting calories and trying to give up unhealthy habits in an effort to keep new year’s resolutions, and I would like to suggest that this year we upgrade our intentions. A review of 2016 will likely go down in history as the year that narcissistic vanity became the role model for world leadership. Instead of worrying about the fashion standards of being slimmer, prettier, richer or whatever it is that cultural conditioning dangles in front of us, why not focus our efforts to improve the conditions of our global community?

Let’s make 2017 the year when we made a resolution inspired by a planetary worldview. A deeper commitment to environmentalism is a good place to start. It’s time to get intentional about how our individual, materialistic resolutions can shift toward more global goodwill. How can we transfer the efforts we spend on individual occupations into a resolve focused on community activism? There’s nothing wrong about losing weight, getting in shape and eating better to maintain our health as long we are doing all of that to harvest our own energy to be a spark for change.

In an interview during his heyday, Ernest Hemingway was once asked what his formula was for writing a novel. “The first thing you do,” he said, “is defrost the refrigerator.” Rather than humorously alluding to procrastination, I think he was saying that we need to get our own house in order before undertaking any large scale project.

Before writing a new story for our species, we would be well advised to clean up the mess in our own home. Once the polar ice caps have all melted, we cannot put them back. When our aquifers are dried up or poisoned with fracking chemicals, we cannot replenish them with fresh water. And when our dying oceans succumb to our relentless exploitation and pollution, we’ll find ourselves sharing the same fate of sunken shipwrecks on the bottom of the sea.

The United States uses up a third of the world’s annual consumption of natural resources with only five percent of the population. We have a responsibility, not just the first few weeks of our resolution, but a longterm commitment to saving our planet. There’s a thirteen-year-old out there named Max Loughan who reinvented a Nicolas Tesla energy harvesting device at the price of $15 in materials. These are the types of projects and efforts all of us can learn about and support in our purposeful new year’s resolutions.

This shift in intentions toward the global community isn’t dismissing the importance of setting healthy affirmations for ourselves. However, keeping the bigger picture in mind as to how each of us contributes to improving the plight of our planet is critical. We live in a purposeful universe and this is our opportunity to be intentional co-creators in not just the next 12 months, but in the many years ahead.