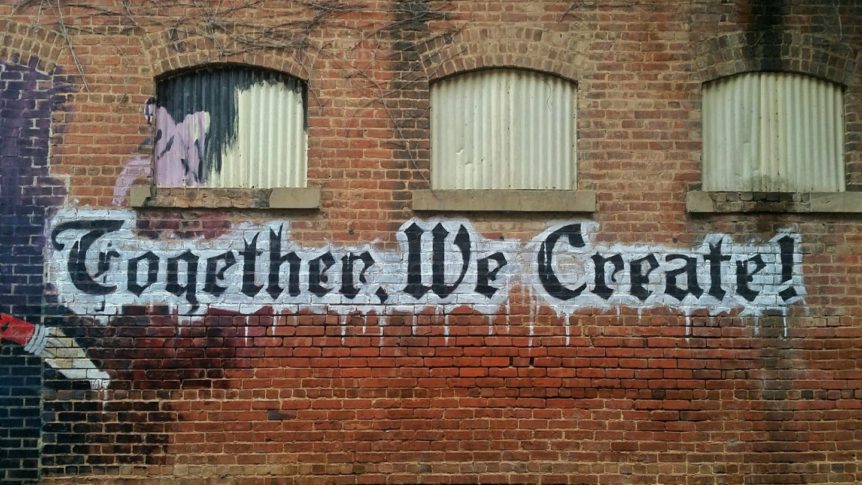 The evolutionary engine of social progress is fueled by the friction of opposing points of view. It begins with one opinion—let’s call it the thesis, and that will inevitably generate a reaction from people who think differently, bringing forth the antithesis. Rarely do either one of these carry through in their pure form, as some kind of synthesis in the middle ground is usually the result.

The extremes only gain control when society lacks a lawfully accepted mediator, which in modern times is often referred to as democracy. It takes kings, dictators, despots on the one side, or revolutionary uprisings on the other, to push the democratic process out of kilter. Fortunately, for the last few centuries, democracy has been on the rise and doing a somewhat respectable job of playing the arbitrator in social dynamics.

After the failure of totalitarian states in the 20th century, and beginning with the fall of the Berlin wall in 1989, there was a surge in the development of democratic institutions throughout the world that lasted until 2005. Then, things began to change.

According to research by Freedom House, an independent group that analyzes political systems, from 2006 onward democratic processes have declined in the majority of nations worldwide in every year since then. This appears to be a trend that is increasing, especially in countries like Venezuela, Russia, the Philippines, Syria, Turkey, Myanmar, and many others, including the U.S.A. It seems like strange company for the United States, which has long portrayed itself as a world leader in democratic principles, but that is sadly the case.

What is even more alarming is that the demise of democracy is not simply the result of extremists getting their way. Divisive as our current political climate has become, an analysis of a cross-section of young people shows some alarming statistics. Recent surveys indicate that only 30% of the millennial generation (ages 18 to 34) believe it is absolutely essential to live in a democratic country. Forty percent of millennials believe that the government should be allowed to regulate certain types of speech, whereas only 12 percent of people over age 70 believe the same. In other words, the younger a person is, the less likely they are to defend the rights of the first amendment of the U.S. Constitution.

According to a recent N.Y. Times article (Oct. 15: “Millennials Are Wary of Freedom”), fear is the root cause of this change. As author Clay Routledge states: “despite growing up in a physically safer and kinder society than past generations did, young Americans today report higher levels of anxiety.” Bullying, social media harassment and fear of failure hang over younger generations across the planet. Statistically speaking, the world is far safer and more prosperous than it has ever been, and yet social upheaval and anger are on the rise.

My view is that the true cause of this perplexing trend is due to the decline of essential spiritual values. The grand dialectical process of the evolution of the universe and social systems has been the interplay between spirituality and materiality as synthesis and antithesis. In our current times, materialistic values are clearly gaining an overweight influence.

Extremist factions are hijacking the world’s wisdom traditions, mainly because for many people the higher spiritual values behind religious beliefs have been usurped by the drive to accumulate material wealth at just about any cost, even if it means sacrificing democratic principles. In the process, spiritually-sustained values based on truth, beauty and goodness seem to be fading from our rather cynical postmodern worldview.

All of this represents a disturbing and dangerous step backward that leaves us prone to repeating some of the worst mistakes of human history, when decency, dialogue and democracy are superseded by the demands of the angry self-interest of small groups.  Our incredible planet has given us abundant resources on which to thrive, but our greed has pushed the unnecessary exploitation of nature to its limits. We are innately good beings, having evolved out of biological cooperation and into compassionate spirits, but we no longer seem willing to live according to our highest principles.

To reverse this trend, it is time to re-examine what the true purpose is of being a human being and put it into practice. Are you hoping to rediscover your deepest purpose, one that will restore a sense of spiritual meaning and fulfillment in life? You can join us at the Purpose Summit, and share in the wisdom from some of the world leaders exploring purpose.

At the Summit, copies of the newly published anthology Purpose Rising, of which I am the co-editor, will also be available. The new dialogue on democracy starts now. Join us to make sure your voice is heard in a new synthesis of hope for the future.

Featured Photo by “My Life Through A Lens” on Unsplash