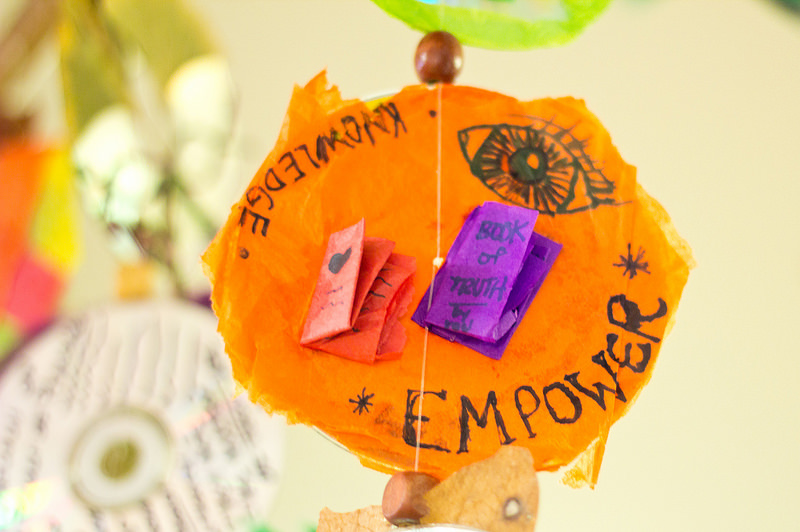 Neale Donald Walsch begins his book entitled “The Only Thing that Matters,” with this bold statement:  “Ninety-eight percent of the world’s people are spending 98% of their time on things that don’t matter.” I have no idea where he gets his statistics, but I find the premise intriguing.  Considering how materialistic and frivolous much of humanity is, there could be some truth to Walsch’s statement.  The vast majority of us probably do waste most of our time on things that don’t matter.  Having said that, I would like to welcome you, as you are probably engaging in the pursuit of personal and social transformation, as part of the 2% who are using a high percentage of your time on things that most definitely do matter.

Before we get too satisfied with ourselves, however, let’s give Walsch’s statement some further consideration with a broader perspective.  It has been said that we only use 10% of the brain’s available computing capacity.  Whether or not that is true is certainly debatable, because we’re probably not yet smart enough to verify how much we are missing out on.  What we do know for sure is that the apparently material universe is made of atoms, and those atoms are made of 99.999% empty space, materially speaking.  It has been said that if a hydrogen atom had a nucleus the size of a ping pong ball, then its electron would be like a speck of dust whirling around inside of St. Paul’s cathedral, the interior of which represents the whole atom:  a fraction of 1% of which is actual matter.  The rest is just empty space to us, but is actually a vibrating field of energy that we don’t see.

Like the atom, could our own material existence be only a small fraction of 1% of who we really are?  That might be a fair assumption, knowing that nature follows fractal patterns, and that the large, visible universe mirrors the microscopic, and vice versa.  “As above, so below,” is the adage from the Hermetic tradition.  If the atom is over 99% nonmaterial energy space, then maybe we are too.  What would it mean if our precious bodies represent less than 1% of who we are?  Like that supposedly unused brain power, maybe we have even more unused soul power potentially at our disposal.

Could there possibly be an energetic field that vibrates within and around us that is thousands of times larger or more powerful than our measurable materiality?  There is good reason to propose that such a field exists, because every time we think or act, we generate vibrating waves which become part of the personal field we constantly create.  Those waves, once in existence, never disappear.  They might dissipate, but they don’t completely go away.  Every thought we think, every move we make, becomes part of the universe forever.  Looked at in that way, it makes sense to surmise that our soul’s energy field is a vast web of identity that is far more powerful and influential than our material existence.

Getting back to the conscious brain for a moment, author and biologist Bruce Lipton points out that 95% of our behavior comes from unconscious motives that were mostly learned in the womb and during the first few years of life.  In other words, we are rather like robots, acting out the orders from a subconscious mind of which we normally have little or no control.  If Walsch’s assessment is anywhere close to being correct, and Lipton’s too, and our brains and bodies represent a small percentage of who we really are, then we might ask what percentage of our actual human capacity is being put to work on a daily basis?  If 98% of the people spend 98% of their time on things that don’t matter, and then those who do act upon things that matter are behaving 95% of the time from the unconscious subliminal mind, which is, materially speaking, only a tiny fraction of our field, then what portion of human potential is actually being consciously used to take action and make the world a better place?

I shall spare you any further computations of this hypothetical model, and just leave it with this thought:  it is very likely, even as part of the 1 or 2%, even utilizing our best intentions for things that truly matter, that we are still barely scratching the surface of the vast field of potential that our soul holds within.  Assuming that we could be correct in this analysis to some degree, it gives us a huge playground where we can experiment with the hidden capacities of our soul.  So, no matter how dire the current crisis sometimes looks, there is immense hope in the thought that we have barely begun to utilize the latent potential of our soul power.