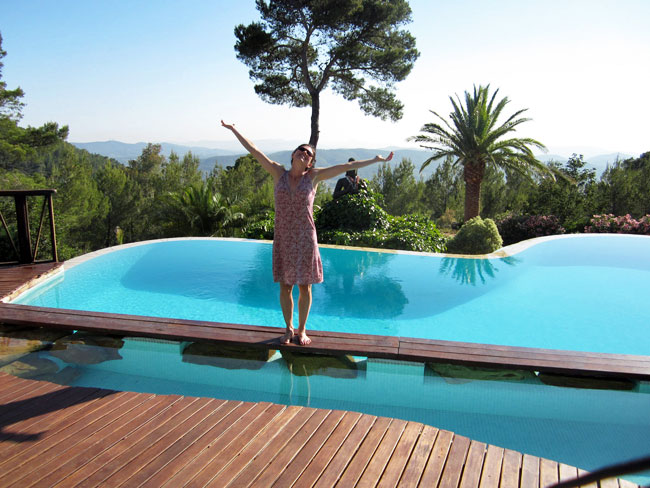 Realizing our expanded capacities and limitless potential as human beings is not a new idea. This timely reminder was recently awakened in me during the ITP-International conference, Catching Fire, held at IONS’ beautiful EarthRise retreat center in Petaluma, CA, and has stuck with me as a motivator in this ongoing pursuit for social change.

Igniting this inspiration was presenter Gregory Shaw, Professor of Religious Studies at Stonehill College in Massachusetts. His insight on Neoplatonism and his exploration on the “radically non-dual vision of Greek philosophers” got me excited. I envisioned philosophers in the third and fourth centuries discussing our human potential, and was reminded that it is time for us to re-discover our conscious capacities within ourselves.

Understanding that we hold the key to unlocking our full potential involved more than just philosophic conversation. Sanskrit documentation found in the 12th and 13th centuries cite an entire list of vocabulary for these Siddhis, or supernormal capacities, that demonstrates the prevalence of this topic at that time. The description of these powers of the Siddhis goes back to Patanjali’s original list of 8 classical powers and apparently continued to develop into the middle ages.

It’s one thing to read an occasional reference to such displays, but to have a defined list shows this conscious awareness and control was culturally engrained. Individuals not only understood the power of their consciousness, they had witnessed and defined these various examples of super normal capacities in their language.

Getting Reacquainted with Siddhis

Unfortunately, the concentrated materialism that has prevailed in the age of reason and industrialization has suppressed the Western world’s understanding of our own expanded capacities. This rediscovery of Siddhis isn’t so much about learning how to levitate or move objects with our minds, as it is about recognizing the power of our consciousness.

This point was made clear when Loriliai Biernacki, Associate Professor of Religious Studies at the University of Colorado at Boulder, spoke on the topic of bhavana, a Sanskrit term which she defined as an emotion-laden, affect-practice of conscious awareness. Through the intentional use of self-developed energy feedback loops we can become increasingly aware of our bhava and allow this subtle auric field to gain intensity—thus the saintly feeling emanating from gurus in the eastern tradition.

Biernacki’s insight into the power of our subtle body captured my attention in regards to understanding our human potential and how we can use this for the good of the whole. To really create positive change we must understand our bhava, the emotionally charged essence that we express when we interact with others.

The Key to Unlock Our Full Potential

This subtle body affects others and ultimately, the global collective. Understanding how much of an influence our bhava has on others is critical for anyone hoping to be a driving force for positive, conscious and joyful change. While levitating might be quite the spectacle for the population as a whole, knowing the power of our emotional connections to transform the world is a super normal capacity in its own right, and one we already have the ability to use.

We don’t have to perform miracles. We can probably be more effective by just consciously working on the development of our spiritual essence. Carter Phipps, author of Evolutionaries and another speaker at the conference, summed this up quite well when he said that evolution looks for its next stage in the realm of the “adjacent possible.” In other words, we don’t need to become modern day Siddhis, but rather simply aspire to becoming the best part of ourselves that is readily at hand.