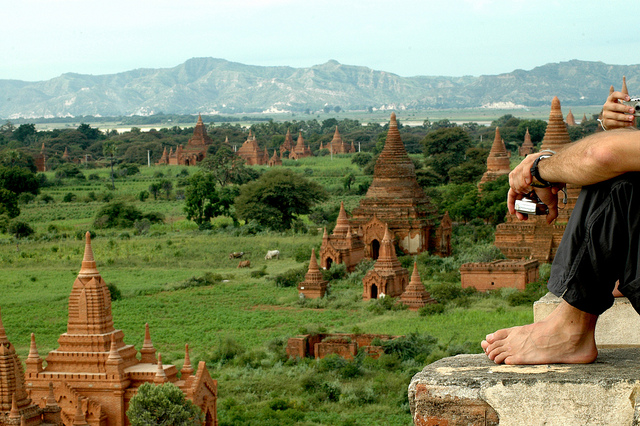 I have just returned from a trip to Argentina where I spoke at the CCI Greenheart conference on “Leading the Way.”  In these critical times, leadership is more important than ever, and it is becoming rapidly apparent that the exceptional challenges we are facing require a new kind of leader.  In my talk in Buenos Aires I emphasized the concepts of servant leadership that had evolved in the 1990s and then explained that to take leadership to the next level requires an extra dose of humility along with an open mind and a commitment to listening.

The longer I am in a leadership role, the more I learn that the best way to lead is by listening very closely to what people have to say.  Whether in my day to day work or in transformative practice, I increasingly find that employees and colleagues have such a detailed understanding of their roles that about the only way I can provide guidance is to listen with focused attention and try to determine if there are any variables that are unaccounted for.  I cannot be the expert on a wide array of jobs, skills and life styles. When the people we are leading are the experts on their situation, it behooves us, as leaders or supervisors, to find a way to simply complement what they are already doing.

This is a huge change from the days when egotistical managers exercised command and control in the corporate world, or when gurus demanded unquestioning obedience in the spiritual search.  Leadership is now becoming an emergent act of peace-seeking communication in which the leader listens far more than he/she talks.  When there is genuine, heartfelt communication between two or more people, a third force arises—the emerging solution.  Leadership then becomes an evolutionary product of its own.

A good example of the importance of leadership and its changing role was in the editorial page of last Sunday’s New York Times.  Thomas Friedman discussed an interview with Laszlo Bock, the man in charge of hiring at Google, in which they discussed what Google looked for in selecting employees.  After learning ability (as opposed to I.Q. or G.P.A.), Bock stated that the second most important factor is leadership.  Bock stated that “what’s critical to be an effective leader is you have to be willing to relinquish power.”  He also emphasized ownership of the problems and a sense of humility to step back and embrace the better ideas of others.  Humility, in this fast-paced and highly technical world, is the foundation for learning.

When we are ready to offer an opinion, after listening carefully and controlling our ego, we then need to concentrate on artfully speaking in order to be understood.  It is often a good idea to use the other person’s perspective and terminology, because that is the reference they will comprehend.  We might add just a touch of leadership—an encouragement, a refinement of an idea, an example to reinforce—all within the context of the other’s viewpoint.  It often comes down to practicing the ancient Buddhist art of Upaya, or skillful means.  For today’s leaders, our platter of Upaya increasingly requires that the “leader” must learn to follow a lead, listening with purpose, relinquishing control, and simply guiding the process to the appropriate outcome, like a seasoned Buddhist master adding a moment of enlightened silence to what is already present.