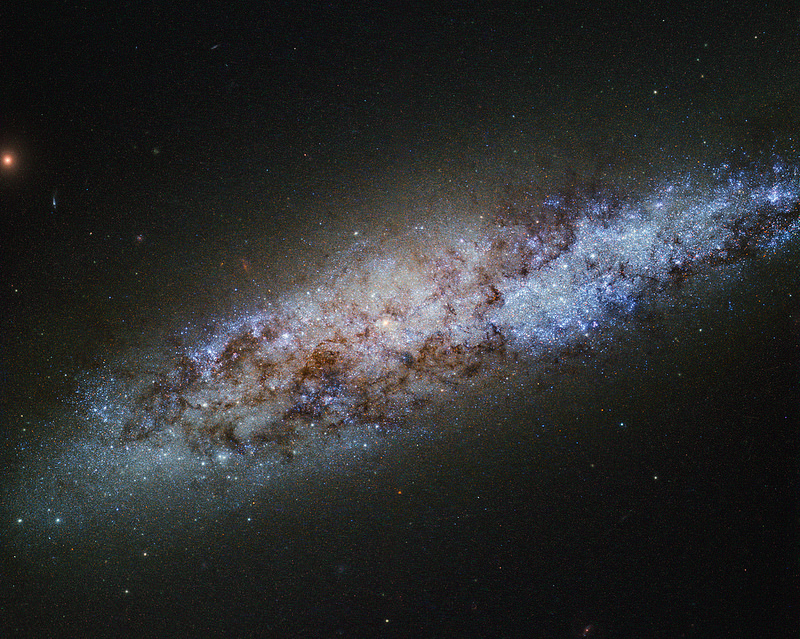 Ever since Francis Crick and James Watson announced their discovery of the structure of DNA in 1953, we have grown accustomed to the idea that we are the products of our genes. When Crick, Watson and Maurice Wilkins won the Nobel Prize for Medicine in 1962, the stage was set for materialistic science to proclaim that our genes determine who we shall be. This remained the prevailing assumption until the much anticipated human genome project was completed in 2003, and the results were somewhat disturbing. Certainly one of the expectations was that it would turn out that humans have more genes than other creatures because we are, after all, more complex.

When the project was completed, however, it came as quite a surprise that Homo sapiens has only about 23,000 genes: slightly more than a flatworm, but less than the number of genes in rice, for example. If genes make us who we are, does this mean that we are on a similar level as flatworms and not quite as evolved as rice? Considering the low quality of our recent collective behavior, that assumption is almost plausible, but it does seem reasonable to continue thinking that we do have some advantages over flatworms and rice if we would just wake up to the potential we have and stop being angry about erroneous assumptions such as the idea that we are the materialistic output of the parts put into us at birth, as if we were some machine rolling off the assembly line.

For those of us who are brave enough to think we still might be more intelligent than rice, let’s take a deeper look at what might be going on within this picture. It turns out that to a large extent, we don’t quite understand how our DNA works. That extent, to be precise, amounts to about 97% of our DNA activity that we cannot exactly describe or predict what it is actually doing. This enormous proportion has been somewhat jokingly referred to as “junk DNA.” Suddenly, instead of thoroughly understanding our genetic structure and how it works, we are forced to admit that we are only beginning to be knowledgeable of a small section of the subject.

Junk DNA to the Rescue?

The good news is that this vast area of uncertainty leaves some space for speculation for those of us who are still hopeful that we could be something more than emotional robots birthed out of the mechanical process of predetermined genetic activity. What is happening in that vast junk field of our DNA? I was fortunate enough to ask that question, and many others in a similar vein, to one of the most creatively-minded biologists of our times, and some of the answers got me excited like some sort of adolescent first learning about the facts of life.

This Q & A session took place on April 3, 2016 at the Institute of Noetic Sciences (IONS) in Petaluma, CA. That morning, IONS scientist Dr. Garret Yount, their specialist in biology, had spoken about his field of research that he terms mind-gene expression. He addressed subjects like the abilities of stem cells to respond to healing signals, or how Emotional Freedom Techniques, also known as EFT or “tapping,” could reduce the cortisol levels with subjects suffering from post-traumatic stress disorder by altering how their genes respond. He then mentioned that all of this was coming from a little understood part of biology that was often referred to as “genomic dark matter,” or junk DNA.

Fascinated by the presentation, I managed to find an open seat next to Garret at the evening meal and asked him if he would be willing to answer some of my questions, to which he kindly agreed. So I began by asking him if, perhaps, that 97% of unknown genomic substance might in some way represent the space where human consciousness can enter into action. “That is precisely the hypothesis,” he said.

Next, I inquired if such a large amount of junk DNA was present in all beings, or did it vary. Is there a relationship between complexity and the amount of junk DNA? Do humans have the most genomic dark matter, followed by the likes of dogs and dolphins, and then going all the way down to lowly bacteria? “Yes!” exclaimed Garret. “In fact, there was an article published in Scientific American when the data first came out that shows a graph of increasing junk DNA in proportion to the complexity of the species.”

He described the graph as having an upward parabolic curve, with complexity on the horizontal axis and genomic dark matter on the vertical one. As we move from bacteria to humans, the curve rises exponentially, showing that increased complexity in a species corresponds to dark matter in DNA. It is important to note that associating so-called junk DNA with the amount of consciousness available to the process is mere speculation, but there is some interesting data to back up the idea.

Some components of that genomic dark matter, such as microRNA, demonstrate what Dr. Yount described as “promiscuous” behavior. Instead of the fixed coupling to be found in the typical DNA-DNA pairing, each microRNA can combine with up to 100 different DNA targets and regulate their activity. In other words, this equivalent of open sex in our gene activity allows us to speculate that some potentially creative thinking could be involved as to which genes are turned on, or off, as the case may be. Garret continued to provide more details on the subject and then concluded by saying that this field of “bio-…” is, indeed, very exciting.

“Did you say the field of ‘bio-dramatics’?” I asked  for clarification, as the background noise in the IONS dining hall had risen to the point of making conversation difficult.

Garret laughed, “No, it is bio-informatics, although bio-dramatics is almost more appropriate.”

My Freudian slips aside, the serious point here is that we are nothing close to the 100% product of our fixed genes. Our environment plays a leading role in deciding which genes are activated, and our interpretations of the environment by our consciousness is likely the biggest wild card of all in determining which genes are working for or against us. So, the next time we are feeling like the victims of our circumstances, we would do well to remember that there is a whole lot of junky freedom out there as to who is really calling the shots. Certainly our genes shoot the bullets, but our minds have a big part of deciding which triggers are pulled. If the shooting analogy seems too aggressive, we can also think of our consciousness as being the leader of a team. Our mind is the coach and our genes are the players we can put on the field. It is up to us to pick and choose which parts of ourselves can best respond on a given day to guarantee the overall performance of our team: our body functioning as a whole.