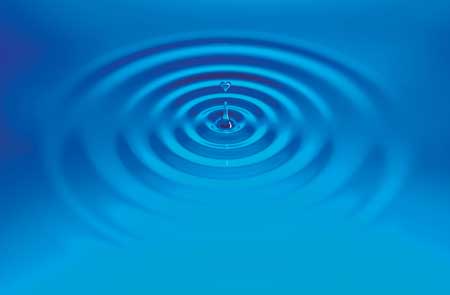 I’m an evolutionary theorist firmly convinced that evolution is happening for a reason. As this evolutionary wave extends outward in the process, the question of how or if our individual soul contributes to the evolution of the Source, of God, of the divine universal soul, whatever terminology you use, comes into play.

As most people are aware, the individual soul has the temptation to become ego-centric, obsessed with its own singular character and its self-preservation. This is and has been the danger of free will since the beginning of consciousness. But in order to shift beyond this current trough in the wave of evolution, our ego must move out toward the universal soul while simultaneously finding its personality within the universal self—not as a detached entity, but as a unique part within the whole.

Source created this process to refresh and renew itself, and our individual souls are reflections of this universal soul, but there is a purpose for us beyond simply traveling through this cycle of life to reach the other end. Something happens in the process—the creation of individual souls makes a contribution to the universal soul.

In order to understand this, we must explore how our soul develops. Hopefully, the soul evolves in a way that consumes the ego, or the need to be separate from the universal soul, but the chances of totally eliminating the ego are slim, at best. Little by little, though, the wisdom of the soul naturally overcomes the need and desire of self-preservation and allows the essence of its being to blossom. This wisdom of the soul is our understanding that it is part of the oneness, that we are not a separate entity, that we come from the Source and that we will return to the Source. As much as society reinforces the idea of individuality, there’s an intuitive understanding that we are a part of something greater than ourselves. In accepting this, the separate self grows into the universal Self and realizes it has been one in the same thing all along.

Including and transcending the Soul

There isn’t a sense of loss, obliteration or abandonment to the soul at this point, to the ego perhaps, but the essence of the soul is not lost in the universal self. In fact, everything accumulates. Everything we say, think, do, and intend creates this field in which our individual soul resides.

American philosopher Ken Wilbur would say the individual soul included and transcended itself, and thus the ego disappears through self-inclusion with the Source. We often think of transformation in the sense that the old material is replaced by the new, but that’s not the case. Transformation takes everything that’s been built up thus far and includes it into the system, creating something new on top of that. The emphasis here is on inclusion, and evolution includes all that has already been.

For each of us this means that whatever the individual soul does is included, for better or worse, in this field, and when it reunites with the source, all that action, that journey, and that interplay is not lost, but is added to the Source. This is all the more reason to keep in mind the purity of everything that we do. As individual souls in this ocean of oneness, we must be cognizant of trying not to tarnish the essence of spirituality by being angry, belligerent, or violent beings. It takes a lot of work to clean up the negativity within the field once we’ve created that damage, and we don’t have the right to pollute the general spiritual atmosphere; that’s not one of our justified components of free will.

And so I believe this process creates an additional quality to the soul’s essence for having taken the journey. Each of us contributes individual qualities to the Source, which is also evolving.

Creating a Soul of Substance

There isn’t a guarantee that each soul will develop though, and some souls can wither away. It’s like planting seeds. Not every acorn will grow into an oak tree. The conditions may not be right, or the essence of the seed may not be strong enough to take root and grow into a mighty oak. Likewise with insipient souls, it’s a challenge to gain the strength and fortitude to flourish through multiple lifetimes. The soul must create enough of a field form that it can endure, but if it’s too young or fragile or too easily swayed by human temptations, it may disintegrate before it reaches a reincarnation.

To create a soul of substance, we must practice the universal truths of gratitude, compassionate communication, and goodwill. The more the soul is unattached to its self-preservation, the more likely it is to offer a lasting contribution to the Source. The more we detach from our ego’s concerns, the more we contribute to the universal soul.

But the challenge to reaching our full potential and to developing our soul is our free will. It was what cast us into this conundrum of separate selves in the first place. Our “fall from grace” and self reflective consciousness has left us grasping for answers. Our cultures have developed philosophies like original sin as an intuitive warning system to keep the ego under control. These concepts are universal, but for the transformative soul, we need to move beyond this. We must take the weights off of our ankles, and remove the philosophical bondage from our potential.

In the beginning we had oneness, and with self-reflective consciousness, there was a true separation in which the oneness shattered into separate selves, giving birth to millions of egos. It’s a fairly dangerous situation, if we stop to consider the power each of us holds because of this free will; it’s the power to pull the proverbial trigger of a gun. We have this immense authority at our disposal, but if it’s not handled with wisdom and maturity, it can turn against us, and therefore our intuitive mind has engrained across all cultures, this warning within us: beware of your ego.

This has been useful—up until this point. But we must not burden ourselves any longer with this fear and negativity, especially as we are about to cross the wave trough and ascend the path toward higher consciousness. We need to let go of these burdens of guilt, fear, inferiority, and sin in our collective psyche. We are at a point to realize our liberation from the “fall from grace.” We realize we are born neutral and we hold the potential to become a positive soul, contributing our energy to the universe itself. Instead of looking at it from the perspective of needing to be saved as individuals, we begin to see that it is the world that needs to be saved and we each have a moral obligation to make a contribution to the cause.

What are your thoughts on the individual soul’s contribution to Oneness? Share your comments below.