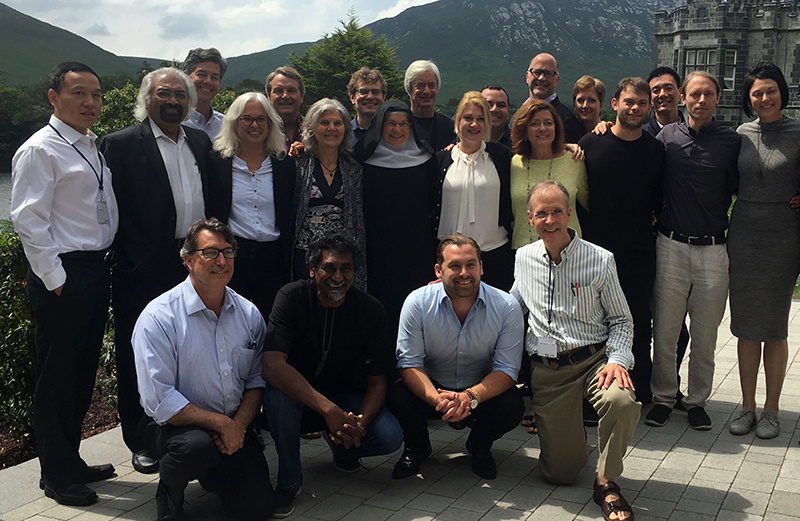 In many ways, 2016 is becoming the summer of discontent. We have witnessed an increasingly acrimonious atmosphere in politics, continued acts of random violence and terrorism, the rise of ethnocentric nationalism, and the highly unfortunate vote of “Brexit,” or the U.K.’s intention to leave the European Union. All of this is often grouped by the media under the heading of the rise of “populism”—some sort of revolt by the general public in opposition to the assumed governing elites. Unfortunately, this movement is the opposite of what is needed in these critical times and represents a fearful return to the past, and all that has failed us, rather than an optimistic leap into the future that embraces all that is right about the new paradigm.

This so-called populism is nothing other than a disguise for a reactionary retreat to modernist, even archaic, levels of consciousness. It is an excuse for some sectors of society to express the bigotry, racism and egocentric separatism that they never evolved beyond to begin with. It supports narcissistic bullies of the worst kind, masquerading as would be leaders. Let there be no doubt, this is all one huge knee-jerk reaction fueled by the fear of change, trying to avoid the challenges of peacefully transforming ourselves into a global community of spiritual beings.

Simultaneously, however, there is another kind of “populism” emerging that represents the new paradigm, based on the latest understandings of the interconnectivity of quantum physics, the creativity of consciousness in health care, the power of shared purpose in organizational structure, and the indomitable will of the human heart to be fair to our fellow humans. Above all, it aspires to uphold the vitality of the earth’s ecosystem.

The Other Face of Populism

This is the kind of populism that represents the emergent norm of our highest human values, representing the altruistic nature of our species at its best. And these values of truth, beauty and goodness are the attractors in this chaotic bifurcation that will bring the transformative movement together and synthesize it into the positive change our civilization so desperately needs.

Indeed, it is happening on a mass scale, although not quite right before our eyes, because the media likes to focus on conflict, on bickering and bitter people, who seem to attract more attention than the evolving consciousness of peace, love and understanding. But it is most definitely happening, and it won’t be long before it becomes part of the news. As an example of organizations working toward positive change, in the last ten weeks I have attended the following five events that represent the explosion of this new populism in its highest form:

While the content of these events was extraordinary in itself, the most encouraging aspect was the quality of the people I met and their intentions to redirect the course of history. The opportunities to share ideas with like-minded souls who are serious about doing their part in ushering in the great transformation are exhilarating. Let there be no doubt, the bifurcation of human civilization is upon us. On the one hand there are those reverting to the days of tribal protectionism, hoping to survive within a walled-in enclave of egocentric selfishness.

The other face of populism represents the rapidly growing numbers of people all over the world who envision a new, holistic humanity that is willing to make the individual sacrifice necessary for the good of the whole. The history of biology tells us that species that survive are the ones that learn to cooperate. Now is the time to speak out for the right kind of populist revolt, the one that stands up for humanity as a whole, as an inclusive, open, living organism of hope and trust.

Applying This Paradigm Shift to Business

This is not just about spiritual philosophy, but also gives us a perspective on new paradigm applications in business and management as well. Success in any organization requires adaptability and vision to be on the leading edge of change and influence. Whether you are working independently as an entrepreneur or leading a team of employees, understanding this paradigm shift is essential for survival, both as a business and as a species. The social Darwinian concept of competition has been flipped on its head. It’s time we moved away from just surviving and instead focus on thriving.

To foster a flourishing enterprise requires an understanding that the new paradigm of business is about compassion, cooperation, empowerment, transparency, co-leadership, and holographic thinking. All the buzzwords of the spiritual community are finally becoming applicable to the business world. This new concept of business, however, doesn’t exclude the importance of making a profit. There is nothing wrong with profit in and of itself; it’s what drives business. The important point to understand is how is this profit being distributed.

When a profit is devoted to people, planet and, above all, a sense of purpose, we see a business enterprise prosper for the good of the whole. Positive intention is critical if we are to have lasting global change and this sense of purpose within an organization can have a trickle down effect to each employee. When individuals are empowered to contribute to a meaningful outcome we begin to see that most of us share positive values that we deeply believe in.

Thus, we are beginning to witness an emergent norm in all sectors of society acting as an attractor for higher consciousness to play its support role in a new kind of populism that represents a revolutionary break with the past. Rather than entertaining thoughts of going back to command-and-control leaders in government and business who stand for self-preservation at any cost, we need to cultivate co-leaders who understand that we are one people on a single planet, and that cooperative globalization in its most humanitarian form is the only way forward.

We will either break through to the ascending side of our evolutionary wave or breakdown, and there is no greater time in businesses and organizations to embrace this paradigm shift toward generosity and compassion. This is the true populism that is arising around the attractors in our collective soul telling us we are better than this, and that we shall prevail in reorganizing ourselves for the good of the whole. This new sense of purpose, with its associated passion for embracing the new paradigm shift, is rapidly becoming the driver of the entire bottom line of both business and spirituality, and ultimately, the survival of our species.